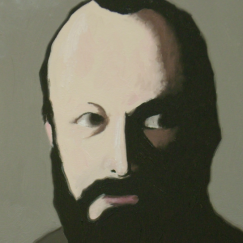 Mikhail Bakhtin was a Russian philosopher, literary critic and scholar who worked on topics associated with the philosophy of language. His writings inspired scholars from the fields of literary criticism, history, philosophy, sociology, anthropology and psychology. Although Bakhtin was active in the debates on aesthetics and literature that took place in the Soviet Union in the 1920s, his distinctive position did not become well known until he was rediscovered by Russian scholars in the 1960s.

Bakhtin was interested in signs within their social contexts—language in use, in all its complexity. He and his circle were responding to the literary and semiotic theories of their time. Conventional scholarship viewed signs as having arbitrary meanings, positioned literary texts as linguistic artifacts with language separate from social context and use, and conceptualized the author (in the case of literature) as an individual psyche. But if signs are sites of struggle, then meanings are motivated rather than arbitrary. This Bakhtinian philosophy of language—a sociological and linguistic philosophy—views signs as complexly motivated, literary texts as nested in social contexts, and the author as a socio-ideological self.