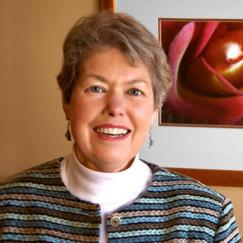 Grandmother of Media Literacy in the United States

Sr. Elizabeth Thoman CHM spent her life advocating for media literacy education, helping to advance the growth of the national media literacy movement in the United States. When she founded Media&Values Magazine in 1977, it was an extension of a class project that she developed as a student at USC, working under Professor Richard Byrne. The magazine was imagined as one that would “explore the values questions raised by the transition from the Industrial Age to the coming Information Age.” The magazine ran for 16 years (63 issues), tackling such issues as media and war, gender stereotypes and racism in the media, media regulation, children and media and more. As circulation reached 10,000, Liz was motivated to create the Center for Media Literacy in 1989, developing a website and creating curriculum materials including “Beyond Blame: Challenging Violence in the Media,” which offered lesson plans, video clips and readings designed to help students of all ages develop critical thinking skills in responding to media violence.

When Liz attended a Canadian media literacy conference in Guelph, Ontario and a UNESCO sponsored-conference on media education in Toulouse, France in 1989, she was inspired to help coordinate American educators at the national level to advance the development of a media literacy movement. She worked with Charles Firestone of the Aspen Institute to develop the National Leadership Conference on Media Literacy, which was held in 1992. At this meeting, the definition of media literacy was established as the “ability to access, analyze, evaluate and create media in a wide variety of forms.”

After hosting a successful media literacy conference in Los Angeles in 1996, Elizabeth Thoman co-founded the Partnership for Media Education to promote continued professional development in the field. In 2001 PME evolved into the Alliance for a Media Literate America (AMLA), which was renamed the National Association for Media Literacy Education (NAMLE) as the official membership organization for the field, with over 3,500 members as of 2016.