Jon Stewart is an American comedian who pioneered comedy journalism with The Daily Show and helped a generation of Americans learn to "read" political news and corporate hype. In 2007, the number of people who named him as “an admired journalist” was high enough to make Jon Stewart tie with other professional news anchors Brian Williams and Tom Brokaw at NBC, Dan Rather at CBS, and Anderson Cooper at CNN. In examining news and public opinion, the Project for Excellence in Journalism concluded that, as more young people turn to alternative sources of news and information on the Internet, The Daily Show is getting people to think critically about the public square.

Jon Stewart is never playing a role: he is always being himself. When the incongruity of the juxtaposition is particularly hypocritical or absurd, Stewart’s facial expressions communicate volumes about his feelings. Stewart is equally skilled at skewering Democrats and Republicans. Viewers watching the show over time got a sense of Stewart’s genuine reactions to the news, sensing his deep patriotism, his social justice values, and his authentic civic engagement. Viewers also got a sense of how privileged he knows he is as an American. He regularly displays humility as he shares his gratitude in being able to live in a country where comedy serves as a kind of catharsis for the upsetting issues of the day.

Trust is advanced when people say and do the things they actually believe. People will put up with your failures, limitations, and weaknesses, when they perceive that your communication and actions match your beliefs. What made The Daily Show so appealing to a large audience was not only its wickedly funny sense of humor. It was not only the marvelous juxtapositions of video clips and sound bites that could develop ideas that offered a critical perspective on the inanities of political discourse. It was also appealing because Stewart himself authentically shared his personal reaction to the absurdities of the current events of the day. His frequent exclamation, “Are you insane?!” reflected a post-9/11 world where news events seemed increasingly surreal and outrageous to many. In a world of unreal realities, Stewart’s authentic performance of personal identity resonated to make his hilarious and insightful messages highly trustworthy. 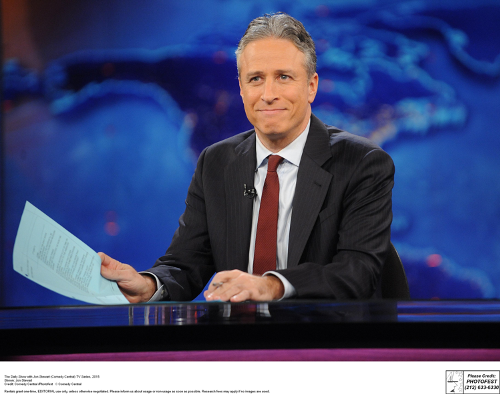