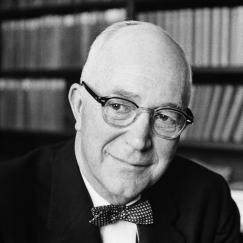 Gordon Allport remains one of the most influential, oft-cited, and leading social psychologists of the twentieth century. His scholarship is marked by its empirical rigor, breadth, pluralism, social impact, and ethical concerns; he boldly experimented with new methodologies and topics of study with the aim of bringing about social change. His landmark books, The Psychology of Radio (with Hadley Cantril; 1935), The Individual and His Religion (1950), and The Nature of Prejudice (1954), created a paradigm shift that enabled future researchers to make significant developments in the field.

In the 1930s, Allport was the first major scholar to examine the socio-psychological effects of mass media by conducting research on popular radio. Radio emerged as a powerful medium during this time, dramatically affecting the sociocultural, political, and economic milieu. By 1935, when Allport and his former student Hadley Cantril coauthored their pioneering book, The Psychology of Radio, almost 70 percent of U.S. households had a radio set and close to 78 million Americans were dedicated listeners (Cantril and Allport 1935; Pandora 1998). For the first time ever, broadcast programs could reach mass audiences from various regions, social classes, races, and ethnicities.

Allport’s choice of examining contemporary popular culture through his research on radio was pathbreaking and radical. During his time, psychologists were modeling their research agendas on the pure sciences by focusing on scientific objectivity, academic pursuits, and theoretical contributions (Pandora 1998). The Psychology of Radio (Cantril and Allport 1935) stands as a classic example of how social-science scholarship can connect to the wider social arena, contemporary social issues, political activism, and social democracy. By declaring that “the really important problems of the radio are now psychological problems” (4), Cantril and Allport were setting the foundation for the new applied field of media psychology and legitimizing it as a valid field of serious scientific study. Cantril’s (1940) detailed analyses of the effects of the radio broadcasting of the Martian invasion continues to be used by present-day media-effects scholars to highlight the situational contexts that lead to powerful effects of radio on mass audiences.

Allport’s research on stereotyping, intergroup relations, personality, radio studies, and religion continue to influence media scholars even today. Allport took a pragmatic and applied approach to the social sciences, one that was deeply rooted in the political, cultural, and social issues of his times. He had a broad approach to psychology that accommodated multiple theoretical and methodological perspectives. He embraced major theories from a variety of fields, such as anthropology, sociology, theology, literature, and history. Although he was an experimental social psychologist, Allport was fascinated by biographies and case studies, both from a literary and scientific standpoint, throughout his life. A Review of General Psychology survey, published in 2002, ranked Allport as the 11th most cited psychologist of the 20th century.