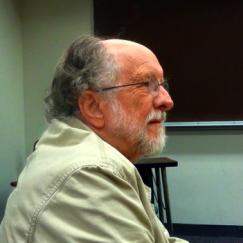 John Fiske is a media scholar who has taught around the world. He was a Professor of Communication Arts at the University of Wisconsin–Madison. His areas of interest include cultural studies, popular culture, media semiotics and television studies. He is the author of eight books, including Power Plays, Power Works (1993), Understanding Popular Culture (1989), Reading the Popular (1989), and the influential Television Culture (1987).