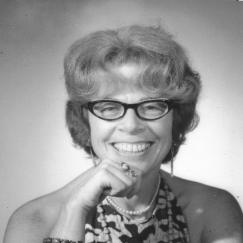 Mary Dorothy Rowe (“Marieli”) passed away peacefully at home on December 13, 2020 at the age of 94 after a valiant battle with cancer.    Marieli was born on August 13, 1926 in Bonn Germany.   She was the daughter of Professor Dr. Otto Löwenstein of Osnabrūck, Germany, a neuropsychiatrist who pioneered the fields of child psychiatry and pupillography, and Dr. Marta Grunewald Löwenstein of Magdeburg, Germany, a specialist in zoology.   Marieli’s father served as a field physician during World War I and then became the director of a specialized children’s psychiatric clinic at the University of Bonn – the first of its kind in the world.   However, a former military colleague who coveted Otto’s success, was an active member of the Nazi party.   In March 1933, three weeks after the Reichstag burned in Berlin, Otto received a tip from a member of the clinic medical staff that this former colleague was preparing a group of soldiers to take over the clinic and take Otto into custody on the excuse of his Jewish heritage.   Even as that convoy was on the way to the clinic, Otto escaped to find refuge with a Lutheran minister friend of the family.   Meanwhile, as the soldiers moved on to search for him at his home, Marta gathered up Marieli and her sister Annebeth and went into hiding, leaving their housekeeper at home to fend off the soldiers.    Over the next few days, the family made good their escape across the border into Switzerland and settled in Nyon, just outside of Geneva. While for young Marieli this was just a grand adventure, for the family and for her later life, these were defining moments.

In Switzerland, Marieli learned to speak fluent French along with her native German.    She attended elementary school and learned Swiss traditions.   In 1939, due to the continued threat of Nazi aggression, Otto moved the family again.  They sailed to New York City, where Otto accepted an appointment to the faculty of New York University.   Marieli now worked hard to learn English and ultimately spoke all three languages as if she were a native her entire life.   She studied violin and piano at the New York High School for Music and Arts and attended college at Swarthmore College earning a bachelor’s in biology in 1947.    She spent summers with her family in Woods Hole, Massachusetts and worked at the Oceanographic Institute studying marine life.   In college, she was an avid outdoor enthusiast and President of the Swarthmore Outing Club.   It was through an intercollegiate ski trip in the Adirondack Mountains that she met her future husband John “Jack” Westel Rowe.   Their shared passion for mountaineering, camping and exploring the limits of nature would be a hallmark of their lives.  They were married at Riverside Church in New York City on June 26, 1949.

Marieli and Jack moved to Boulder, Colorado where Jack obtained his master’s in Chemistry and a “minor” in mountaineering.   The couple successfully climbed the Grand Teton and many of Colorado’s “14ers.”   In 1952, a few months after the birth of their first of three sons, they moved to Zurich, Switzerland where Jack earned his doctorate (Sc.D.) in Organic Chemistry, and Marieli devoted herself to their children.   In Switzerland, Jack and Marieli enjoyed many mountain expeditions including an ascent of the iconic Matterhorn.   In 1956, they travelled by car from Zurich to Bombay, India through the heart of the middle east.   Such a trip was incredible then and would be impossible today.  The films they made of that trip and her diary of the journey are stored at the Smithsonian Institute in Washington, DC.   They moved to Madison, Wisconsin in January 1957 and Jack began his career at the Forest Products Laboratory specializing in the chemistry of tree bark.   They purchased a home in the Nakoma neighborhood on Tumalo Trail where they lived for the rest of their lives.

Marieli and Jack had thought they would always live near the mountains, but in Wisconsin they also found beauty.   They canoed most rivers in the state and traveled across North America to other rivers including the Buffalo, the Allagash and the Abitibi in Canada.  Their love of the mountains took them to the west and to Europe on many ski and hiking expeditions and they passed on this passion to their three sons.   When they were not travelling to the mountains, they travelled for the joy of learning and experiencing the cultural diversity of the world.  In later years, the couple discovered a particular love for Central America and the Caribbean.  Following Jack’s death in February 2000, Marieli continued to travel extensively with her sons and made regular trips back to Europe to visit friends and family.   She was also a devoted patron of the Madison Symphony and Madison Opera and attended many memorable performances in the finest halls of the US and Europe.

Following a 1959 film festival for children, Marieli became fascinated with the effects of television and other media on children.  She became devoted to teaching people to be critical consumers of media and to improve the quality of broadcasting.   She became the Madison PTA Council Radio & TV Chairwoman in 1961-1963, and the Wisconsin State Cultural Arts Chairwoman for the PTA from 1963-67.  In the early 1960’s, she joined forces with other interested Madison women in the Wisconsin Association for Better Broadcasts (WABB), a group dedicated to helping people understand the new media of television and its impact on youth.  She became the Children’s Chairwoman of WABB in 1963, Vice-President in 1966 and was named its President in 1967.    She was appointed to the Wisconsin Governor’s Blue Ribbon Commission on Cable Regulation from 1971-1973 and the Madison Cable TV Regulatory Board from 1978-80.    She also became the first President of the Friends of Channel 21 (WHA-TV) and was a leader in the Friends of National Public Broadcasting.   The WABB evolved into the American Council for Better Broadcasts and then into the National Telemedia Council (NTC)[1].   Marieli remained the leader of NTC, changing roles to be its Executive Director, and led the organization for over 50 years up until the day of her passing.   As part of her work, Marieli remained focused on children.   She earned her master’s in education from Edgewood College in 1990.   She was a prime mover in starting the Kids4 Cable TV Channel, in which youth run a TV program.  She pioneered connecting kids across the globe through the first satellite interconnect with Kids4.

Marieli was a leader in establishing the new field of “Media Literacy” especially as it affects children.   Media Literacy is the mindful viewing, listening, and reading of all forms of media.  Media Literacy expands the traditional understanding of literacy to include reflective judgment and critical thinking.  To be media literate means to be able to properly understand, create, evaluate and thoughtfully participate in our mediated world.    She was the Editor of the NTC’s journal called Telemedium, later renamed The Journal of Media Literacy and she wrote prolifically on the subject.    Her commitment to this field took her across the globe lecturing and helping others to grow in understanding of the new field.  She is known as one of the “grandparents of Media Literacy.”[2]

Media Literacy has never been more relevant than it is today given the speed and variety of information carried by traditional news sources, by social media and the internet.  Stemming from her family’s experience with persecution under the Nazi’s, Marieli was keenly aware of the power of the media to distort reality and lead people astray.  She especially cherished the American values of freedom, the right to vote, the right to privacy and particularly freedom of speech.  She understood that these freedoms can only be properly exercised by a people who are well informed by truth.   Marieli saw Media Literacy as the tool to combat societal extremism and polarization by fostering access to truth for all, mutual respect and a willingness to listen to all sides of any issue.

While her professional achievements are many, none can compare to the legacy of life, love, energy, music and passion which she brought to her family.   She led the family on countless journeys teaching the generations the beauty of nature, the importance of sticking together as one and to love unconditionally.   She believed in the responsibility of parents to ‘pay it forward’ to the next generation by imparting values, an understanding of history, instilling responsibility, a passion for life, for humanity and for excellence.    As she lived her own life by these same values, she never met a stranger without becoming their friend.  She will be greatly missed by all who knew her. 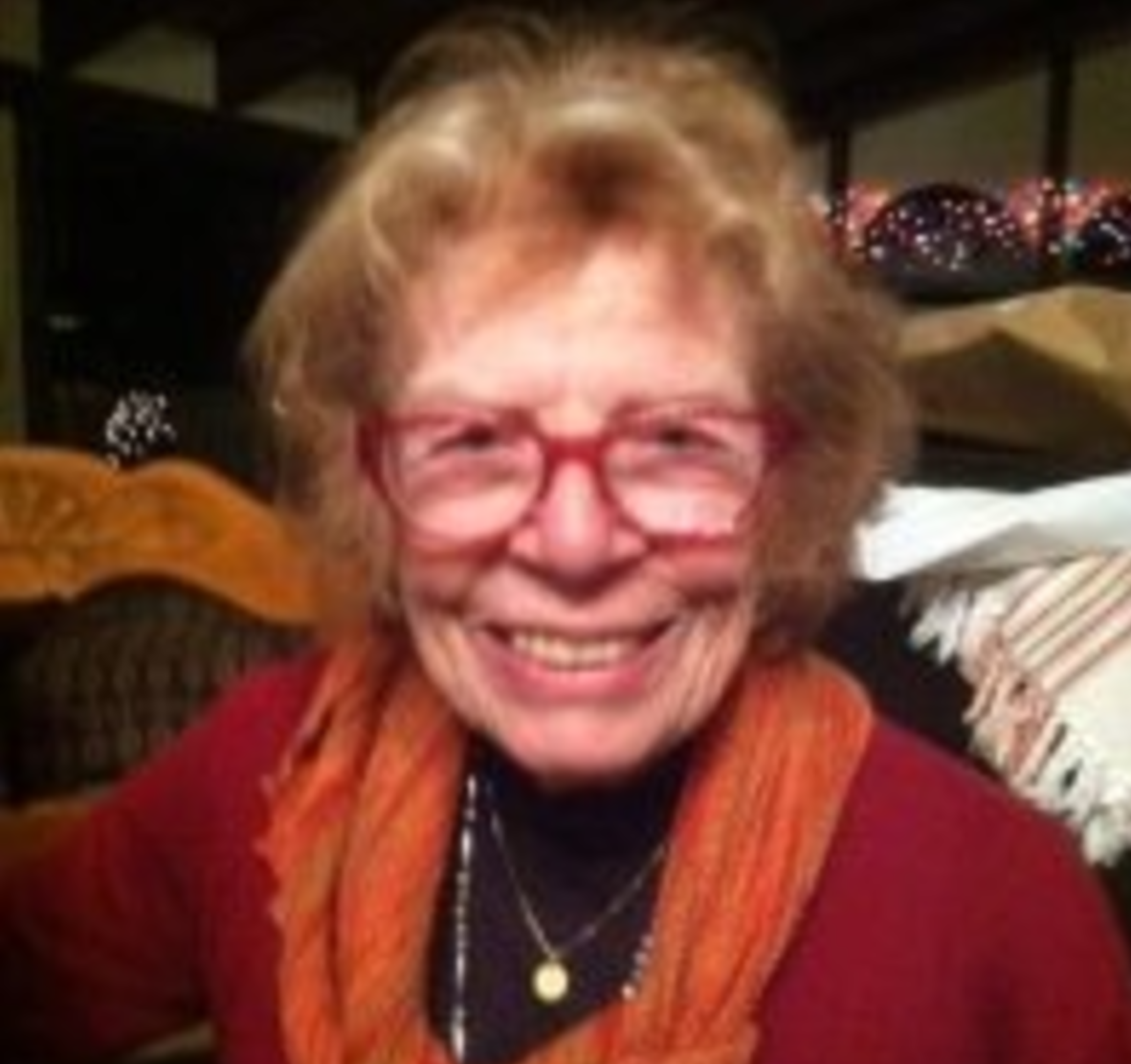 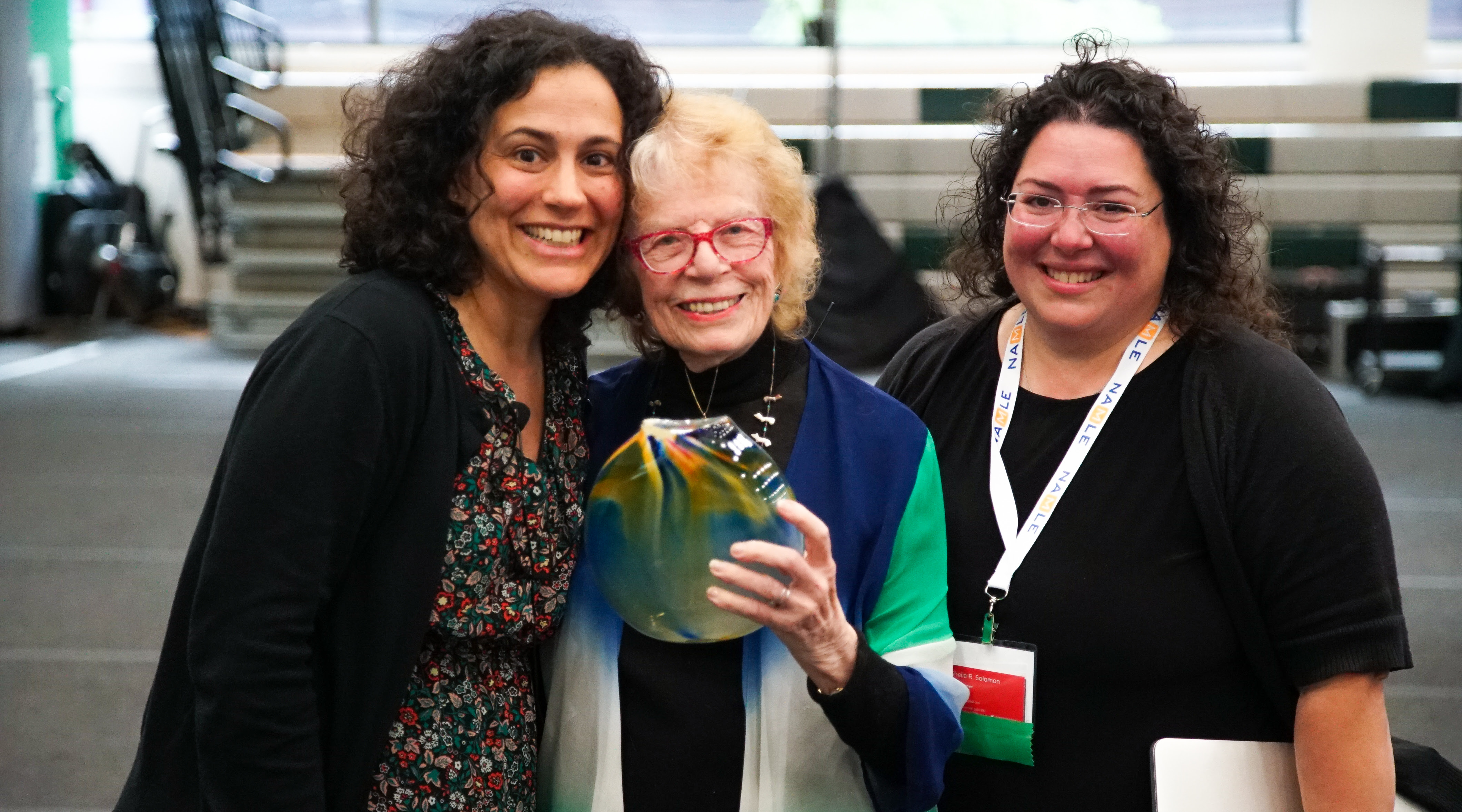 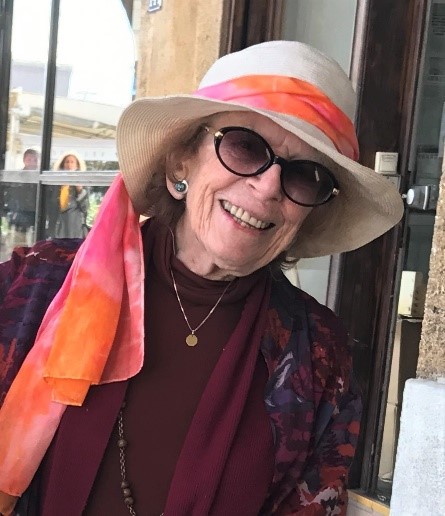