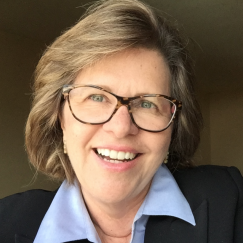 Renee Hobbs is the author of many books and articles about media literacy education and her work has influenced a generation of new scholars and teachers. She spent 18 years teaching media studies at Babson College in Wellesley, Massachusetts, where she developed the Felton Scholars Program in collaboration with Elizabeth Thoman of the Center for Media Literacy in Los Angeles. With Thoman and others, she helped to found the national organization that evolved into the National Association for Media Literacy Education. Hobbs collaborated with the Maryland State Department of Education and Discovery Communication to create Assignment: Media Literacy, a comprehensive K-12 media literacy curriculum created in 1998. Appointed to a professorship at Temple University's School of Communication and Theater in 2003, Hobbs established the Media Education Lab. In 2007, Hobbs became founding co-editor of the online open access journal, the Journal of Media Literacy Education. Today, she teaches graduate and undergraduate courses in media literacy, digital authorship, children and media, media education and contemporary propaganda to students in Education, English, Communication Studies and Library and Information Studies at the University of Rhode Island.